What was responsible for the repeated ringing of the servants’ hall bells at Chesterfield’s largest house?

Why did two ladies visiting Bolsover Castle scare themselves witless late one night?

Why are people sometimes paralysed when they think they are in the presence of a ghost?

What strange customs were practised around the corpses of Dronfield, Eckington and Dore?

These and other tales of strangeness concerning Chesterfield, Bolsover and North-East Derbyshire are revealed in this book.

The paperback book, consisting of 102 pages and including 16 illustrations, is now out of print and is therefore no longer for sale.   However, copies of the book are available for loan from all public libraries in Chesterfield, Bolsover and North-East Derbyshire. 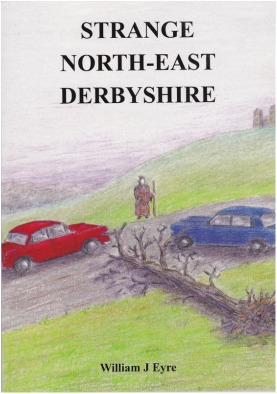